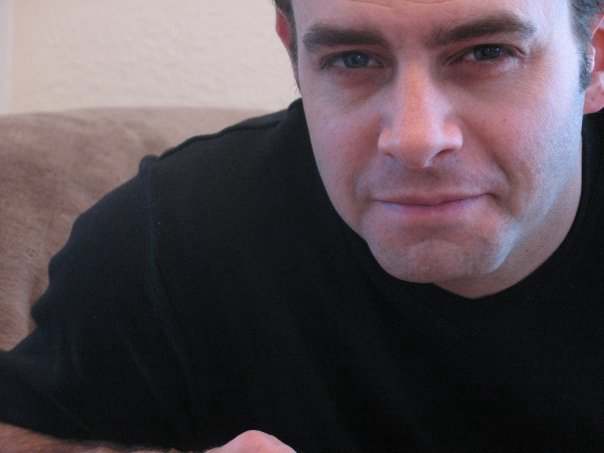 Ryan Marvel is a native of Colorado.  He began to tinker on the piano at a young age, watching his brother and grandmother play and recreate what he was hearing.  Once in lessons, he frustrated his early teachers as reading music seemed like a burden to him.  Eventually, he would come to know a teacher who understood individual creativity and taught him the value of reading to enhance arranging and composition.﻿﻿﻿

Ryan began to think about classical piano as a career through his high school years, studying with Patricia Weaver in Durango.  Responding to his desire to go to Julliard, his teacher would tell him “Great!  Get ready to give everything to the dream…and get ready to give everything else up…like basketball, tennis, skiing…”  Ryan reconsidered.  He continued to compose and arrange music and attended NAU in Flagstaff on a music scholarship.  At the time, it wasn’t a good fit for Ryan so he returned home to focus on composition.

For the next several years, Ryan worked in the restaurant industry.   Days off were spent skiing and hiking and camping, and piano became more of a side pursuit.  While he found success in the business, he always felt that calling back to music.  In April 1999, he took a very part time job as a pianist at a small church in Chandler, AZ.  That decision would bring musical fulfillment back into Ryan’s life for good.

In 2005, he released his first solo album, “Left Hand, Right Hand”, a collection of Rachmaninoff, Chopin, Gershwin, some original arrangements and two original works for piano, including the evocative “Rainfall”. In June 2010 he followed with a record of all original material, “Possibilities”. A “musical journey of personal reflection”, the album has been nominated twice for Album of the Year honors, by SoloPiano.com and Whisperings Piano Radio, respectively.  In November 2013, his first seasonal album, “Winter” was released. A collection of holiday music, the CD also features guest musicians on three tracks, adding flute, cello and didgeridoo. The title track is an original composition reflecting on the stillness and depth of the season. The album was nominated for Album of the Year for a holiday album by SoloPiano.com.

In October 2017, he released his fourth album, “Reflecting Forward”, an all original release.  The record is a very personal reflection of cathartic healing and moving through profound challenge.  The album won Album of the Year 2017 from both Whisperings Solo Piano Radio and SoloPiano.com, respectively.

Ryan released “Winter II” in November 2018.  The album is a follow up to the first seasonal record, and is a collection of re-imagined arrangements of winter favorites such as “Ukrainian Bell Carol”, “Still, Still, Still”, “Angels We Have Heard on High”, “What Child is This” and “Dona Nobis Pacem”.  Ryan also reunited with cellist Heidi Mausbach on two version of the Bach-Gounod “Ave Maria”.  It was nominated from both Enlightened Piano Radio and SoloPiano.com, respectively, for best Holiday Album.   The album won 2018 Album of the Year from SoloPianoChristmas.com.

﻿Ryan’s next project, “Generous Night, Redeem” is a follow-up to his “Reflecting Forward”. The album continues the journey of self-discovery…fourteen new original pieces that reflect memory, truth, loss, love, transformation and letting go. The CD features a collaboration with Ryan’s mom, a published poet, who penned an original poem to correspond with the pieces on the album. The album released on September 6th, 2019 to critical acclaim. The album has been nominated for Album of the Year from SoloPiano.com .  The album won Album of the Year 2019 from Whisperings Solo Piano Radio.

﻿Ryan released “In Times Like These”, in June 2021, a collection of healing covers and social justice songs.  Pieces include “Brides Over Troubled Water”, “The Sound of Silence”, “Fire and Rain” and “Candle in the Wind” among others.

His most recent album “Moments” was released in October 2021.  A collection of 14 new original solo piano works representing those poignant moments in our lives that deeply imprint.  The collection features pieces such as “Growth”, “Stargazing”, “Farewell” and “Commencement”.

Ryan serves as Music Director at Namaqua UU Congregation and as Collaborative Pianist at Zion Lutheran Church, both in Loveland, CO.  He has also been the accompanist for Colorado Women of Song since 2017.  Ryan served as Director of Music and Choirs at Foothills Unitarian Church in Fort Collins 2006-2017. Prior to moving to the Front Range, he worked as pianist in Chandler, AZ at Valley Unitarian Universalist Church from 1999-2005. Since moving back home, he has performed around the Front Range as a pianist, including as a featured soloist with the Front Range Chamber Players. Ryan frequently concertizes in homes and churches locally and nationally, and is in demand as a guest pianist and conductor. He works as an independent arranger and composer and also maintains a full private piano studio. Current projects include plans for future albums, arranging and composing for SATB choir and collaborating with songwriters for studio sessions.

In his spare time, he loves to be outdoors at the ocean, or in the mountains hiking, skiing and camping. Passions include family, wolves, nature, red wine, really good coffee and sleeping until 11:00. Ryan’s true love is daughter Elena Rose, affectionately called “Lanie”.